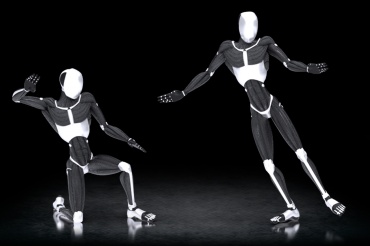 Motion capture (MoCap) is the process of recording the real-time movements of people (actors). It translates them into data readable by animation software, with a purpose to apply them to a 3D character (rig) or a 3D digital double.

Ars Studio Avsenik is one of the few companies in Slovenia (Europe) which offers a 3D human motion capture service for commercial purposes with an advanced Mocap software and with a wireless MoCap suit and gloves, operating on a system of inertial motion sensors. This suit is an entire MoCap studio, allowing creators to turn almost any space into a professional motion capture studio, which makes professional mocap services affordable.

During an integrated motion capture service for your animated 3D character we provide:

Accelerate your brand recognition with an innovative 3D logo animation. Never underestimate the power of your logo! 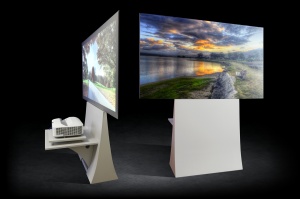 A projection screen of a minimalist look. Unique equipment available for private and public premises. Enlightens with full resolution projection with every detail visible.

A 3D digital double is a visual reconstruction of an individual person. We create fully-riged, animated, and vocal 3D digital doubles on a top-notch level with lifelike facial expressions and photorealistic resemblance.